LavaPlace bills itself as an “international dating site” but it comes across as a fake one.

Everything about the site, from its layout to its lack of verifiable traffic makes it very suspect.

There are sites online that purport to have heard really good things about just how big the membership is, but when you match that with the reality of a non-existent Alexa score – you can probably guess that they paid for that review.

That makes sense; LavaPlace is not a free site, although it bills itself as one. On first site, the impulse should be to run.

This site looks like it is a throwback to the mid-80s.

Navigation is a series of side bar hyperlinks, the center layout of profile photos either shows that they indeed do have a membership that is so large they can’t possibly relate to each other – or they are scraped photos.

The sign up process is fairly straight forward, especially the bit about signing up to pay.

For a free site, you learn very quickly there is little you can do on it without cash in hand.

How does it compare in the real world?

Alexa doesn’t return any real data at all on this site.

There isn’t even a generic rating for this site which means that whoever is behind the scenes doesn’t even know enough to pick a website name that will double as a keyword trap.

Is that a bad thing?

Yes. While you don’t want to go join up a keyword trap, you do want to join a dating site that people can find when they search for dating sites.

LavaPlace has a very cool name, but not a name that anyone would associate with dating.

The features play out like someone who just landed on the first page of a bunch of dating sites and just copied the first thing they saw without going in depth.

There is no mobile app and trying to use this site on a mobile device will do nothing more than increase your frustration levels.

The only thing a paid membership will get you is the ability to read full profiles and to message people on the site – which is kind of essential to using a dating site.

The thing is, once you pay to be able to see a full profile – you are going to be disappointed by the quality of them.

Most of the profiles on this site are either fake or they have expired.

On the bright side, the subscription memberships are more affordable than other sites.

You can sign up for free and search for people and see the search result form of their profile, but if you want to use any of the search filters or to be able to see a full profile and contact a person  – you have to pay.

The process for cancelling the subscription leaves a bit to be desired since it is so difficult to locate.

Like with many less than reputable sites, the information appears prominently while you are signing up, and then is next to impossible to find once you have enrolled.

LavaPlace just doesn’t have a lot going for it.

The features it offers are basic and the payment plan is reasonable, but there isn’t enough evidence the site is active to merit signing up.

There isn’t much to really say that is going to give you a reason to join LavaPlace.

What little information is available on the site tends to lead one to believe this is just another template site that is looking to cash in on the online dating trend.

As far as trying to tap into the international dating market, there are other sites that do that a lot better.

Some of them even do it unintentionally by letting you set location as a search filter to find the person where you want them to be from.

I'm passionate about the world of online dating and the different options available. I have tested many dating sites to find both the good and the bad. 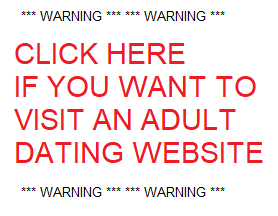